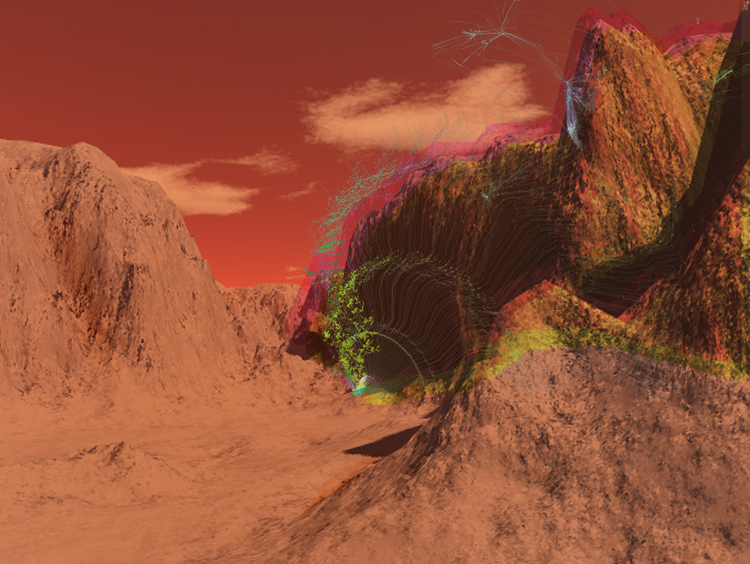 For most of us the Apocalypse is set in our mind to commence at a future date, one conveniently scheduled for a time just past the threshold of our personal experience on Earth.  We at Apocalypse Pantry are of the belief that the Apocalypse is happening now and that the attempt to date and name the Anthropocene is a confirmation of those beliefs, albeit a deeply disturbing one.

The hypothesis advanced by Nobel Prize-winning atmospheric chemist Paul Crutzen and ecologist Eugene Stoermer in 2000 proposed that the Anthropocene eclipsed the Holocene at the onset of the Industrial Revolution; that the man-made changes to the Earth’s geophysical and biophysical systems from that point forward did not share the same geological epoch as anything that came before it.  Recently Lewis and Maslin proposed an even more specific start date for the onset of the Anthropocene: 1610. In that year, after 50 million indigenous North and South Americans died from European colonization, carbon dioxide in the atmosphere hit its lowest point.  The carbon levels reflected this erasure of human activity from the planet by plummeting along with the population. European colonialism irreversibly altered the course of the planet’s future, in its transfer of plants, animals, diseases and technologies. The ethnically and ecologically transformed landscapes of the Americas were horrific initiations—to which the Industrial Revolution and the “Great Acceleration” are mere logical conclusions.

The official naming of human impact on the geological record sits like that deep sick feeling you got as a kid when you did something bad. Not the kind of bad that got you a smack you could brag to your friends about later but the kind of bad that disappointed the people who loved you.  It’s the kind of feeling that disturbs your sense of security as the apple of somebody’s eye and eats away at your sense of perpetual occupancy within a dynamic you took for granted to be unconditional, eternal.  Discovering that you were responsible for it sustaining or not was a heavy weight to hold with those little arms, and there is much relevance in that experience for all of us grappling with the guilt of our complicity in Earth’s suffering.

Unless of course, you are one of a handful of celebrated sociopaths that stand to gain short-term personal benefit from the destruction of the planet. They don’t seem to feel too poorly about it. These cowboys of capitalism approach the Anthropocene like Kubrick’s Major Kong bull riding an atom bomb to its target, ecstatically charged by the nuclear crotch rocket ride.

Dubbed “Anthropocene Optimists”, this band of wealthy white men and the deluded science writers that love them are not Apocalypse Optimists as we define it, these guys are not advocating for change but rather the perpetuation of the western imperialist culture of conquest.  Look! The shiny plaque says “ANTHROpocene and Anthro means human so it’s OUR age! We won! We beat nature!!” Champagne raining down on bikini ladies, percussive chorus of high fives audible across the universe… Frat Boys like geographer Erle Ellis who sees the Anthropocene “as the beginning of a new geological epoch ripe with human directed opportunity” (yeeehaawwww) or the super sonic drop TED sexy Elon Musk aka Captain Fuck The Planet.

ADHD-overachiever-single-sex-school-educated-victim-of-violent-bullying-in-his- youth-abandoned-at-10-by-his-mother-free-market-superpreneur-billionaire Elon Musk wants to save us all by taking some of us to Mars with him because “An asteroid or a super volcano could destroy us, and we face risks the dinosaurs never saw: an engineered virus, inadvertent creation of a micro black hole, catastrophic global warming or some as-yet-unknown technology could spell the end of us. Humankind evolved over millions of years, but in the last sixty years atomic weaponry created the potential to extinguish ourselves. Sooner or later, we must expand life beyond this green and blue ball—or go extinct.”

So basically the evolution of our species depends on the Delta Kappa Roofies coming up with a plan to save us all using the same approach to existence that drove us to the Anthropocene in the first place.  Somehow I don’t think it will be to my benefit.

DKR: “We weren’t going to invite you anyways”

Me: “Ya, I figured as much, well hope you guys have a nice time up there, hope there’s nice uh… shops and…jobs.”

A Mars colony is inter-planetary colonization and we are going forward with this model as a species because…. It’s worked such wonders for us since 1610? This latter day sci-fi expression of neo-colonialism is not bound by any accountability or civic responsibility other than to make money.  Any (potentially deeply psychologically traumatized) individual that can steer the gears of the free market system successfully enough to fly their own spaceship to Mars, populate it and rule it as their Capitalist value systems dictate.  We are a globalized nationhood of consumers; multi-national patriots, will we be claiming Mars in the name of Space-X corporate funders? Gazing out at the night sky one can almost make out Elon in his space suit planting the flag for universal neo-colonialism, a smattering of corporate logos on a white nylon rectangle, as it waves back in a blast of air conditioning.

While Anthropocene Optimists view the dawn of a new epoch with a prospector’s gleam in their eye, looking ahead with eyes blind to the pattern linking the past to the now, Apocalypse Optimism demands a moment of silence for the passing Holocene.  From our first tentative steps away from hunting and gathering to gardening and domesticating other life forms, the rise and fall of our earliest known civilizations, the discovery of buried reptilian giants that brought the mythology of monotheism to bare, the time we figured out how to make bows and arrows and alllll the way up to that time we figured out Major Kong’s bomb.  As the scientific community deliberates the start date of the Anthropocene, I am feeling the pangs of the loss of the Holocene, an emotional process that holds within its promise opportunities for grace and discovery.

Beyond the fear that the contemplation of death evokes, there is tender sadness. The sadness of realizing that I am partially separate from this place, that my time here is limited and how deeply I will miss it when I am no longer living in intimate connectedness with it.  This place of absolute wonder; of rocks that get squeezed into color, of everybody’s unique way of looking at a thing, of the delicate tracing of a cockroach’s antennae, of humans and animals and plants and insects devouring one another and simultaneously desperately needing one another, of creatures on the ocean floor lighting their surroundings from within, of all the orgiastic fucking of all the creatures at all times in all spaces, of festering wounds and tender words, of ecstatic birth, the intricate weave of growth and ultimately the relief of death…To leave this planet is a devastating loss and who’s to say that this feeling we seem to have as a species, this drive to keep on living even in the face of overwhelming threats to our survival, isn’t so deeply engrained in us because we live in this place, this green and blue ball?

Could Mars inspire such curiosity? Such awe? A space colony would be the equivalent to living in a mall in the middle of a desert. How long could you live in a mall without needing to kill yourself? Imagine even having to spend a week stuck inside a fucking mall.  I realize that some people do this on purpose and its called a Cruise vacation but at least they can breathe sea air and look out on a dynamic natural landscape.  After a week of living inside a completely manufactured space would you be creating pieces of art? Contemplating the universe and why it works the way it does? Coming up with creative solutions to plaguing problems? No, you would be a hollow husk of your former humanity, lobotomized by the mundane inanities of a life without wonder.

There is no saving the planet.  The planet will endure our existence as a human would a staph infection and when the infection is gone it will continue turning, churning out life forms fit for its current conditions.  This will happen in the blink of an eye from Earth’s sense of time and in that same sense the Anthropocene will be a short and final climax of human dominion of the planet.  While we are still here there is much to be done in the way of easing Earth’s current bout of human infection so that the endurance of our impact is made easier. There is peace in that for us to rest in.

I stuck a stick in a vase of water once for lack of knowing what to do with the inopportune gift from my toddling son. A week later I discovered the stick was a branch from an apple tree because there it was, in full bloom next to the stove where I’d left it; a disembodied appendage of apple blossoms.  With it’s final breaths, it chose, as only a tree can choose, to bloom.   This caused a deep pause in me, one in which I decided that was the kind of death I wanted.  To die in the throes of offering something beautiful to the world, even if that world is a small kitchen in an old apartment block, population: 2.  I can only hope that I will be able to muster the integrity it takes to spend my last moments honouring the things that made living on this planet unique in all the known universe. To leave something beautiful behind even if it’s only the perfume of my love for this Earthly life, left to linger on one long exhale of breath…

“If we get through this bloody business we can thank all the Gods there are plus the Supreme Being and Mother Kali mother of all.  What are we hear for if not to enjoy life eternal, solve what problems we can, give light peace and joy to our fellow man and leave this dear fucked up planet a little healthier than when we were born… We certainly live more than once, do we ever die is the question.  In any case, thank God we are alive and of the stars unto all eternity” – Henry Miller, personal memo 1969

The Anthropocene: Promises and Pitfalls of an Epochal Idea by Rob Nixon

Elon Musk interviewed by the king of all wankers, TED curator Chris Anderson (never forgiving you for that shit you pulled on Sarah Silverman Chris)

A Recipe Ode to Sick My Duck Elon Musk

The entire food-stuff content of the SpaceX Centre Food Court