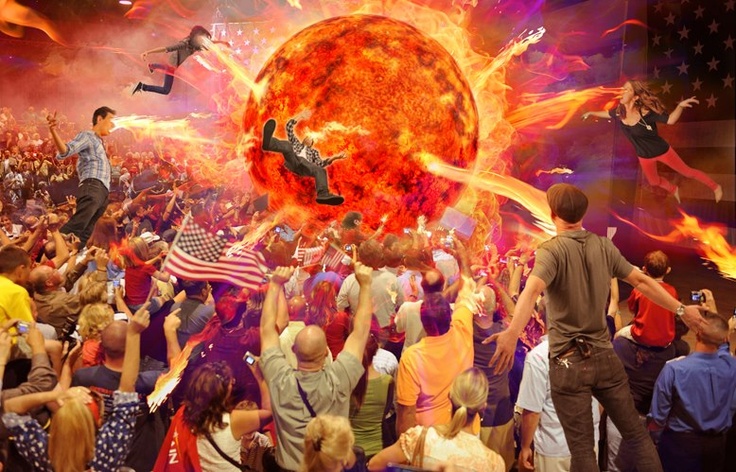 My involvement in what some have termed “catastrophism” started with peak oil. I found out that oil researchers and environmentalists (well, and gold hoarders and conspiracy theorists) were convinced that fossil fuel extraction would “peak” globally around 2005 (right around the time I was reading of this idea). Peak oil meant that fuel sources would become scarcer, and prices for fuels would thus continue ever upwards as we entered a period of “energy descent” for humankind.

I was taken by how certain this idea seemed and how certainly we had better prepare for such a problem: it may not be self-apparent to everyone, but industrial societies globally are deeply dependent on fossil fuel energy—precariously so. As energy prices climbed (so the theory went), so would prices for food, transport, and basically everything else! In 2004, I published a “Peak Oil Tract” to convince my friends of our impending doom and (hopefully) spur action.

But then life continued about the same for the next 10 years. It turns out, peak oil may be real but economic effects and technological developments are also real. Deep-water wells (like the one that failed in the Gulf of Mexico in 2011) and fracking, plus the effects on international pricing of national reserves, have in particular challenged the current impact of the peak oil prognosis.

These factors that mitigate the “simple math” of finite fossil fuels and inevitable energy descent have kept prices from climbing, and in the past year prices have even gone down. The point is, the correlation between oil prices going up and civilization going for a nosedive doesn’t necessarily hold. At least, not on the timeline I was expecting.

This is an example of where maintaining a “catastrophist” position or narrative—that we are approaching catastrophe and that this notion might motivate us to change our collective future—seems wrong, and maybe not so useful. Over the ten years since I published the “Peak Oil Tract”, I began to believe that the leftist environmental movement had to lay off such doom-and-gloom messaging in order to reach people more effectively, and so as to not end up wrong (and potentially discredited), as I was, due to the extreme difficulty in predicting the precise downward trajectory of resources in complex social-ecological-economic systems.

As an activist I was always more into solutions than problems. I wanted something to be for rather than just to be against. I was committed most to “sower” and “pollinator” work (that is, seeding the new world I wanted to see in practical projects and spreading ideas and connections between people working for this new world) more than “warrior” work (that is, opposing the “bad guys” and bad things happening).

In my organizing work around food systems, I stopped leveraging doomsday rhetoric. I figured that, for getting others engaged with environmental, food, and social justice issues, this seemed less appealing as talking (and doing!) solutions.

While I still believe this to some degree, a recent(ish) debate amongst Leftist environmentalists got me rethinking this position. Peak oil is but one environmental issue, to be sure, and my example above (that peak oil does not equal immediate catastrophe) doesn’t at all dispute the fact that we face myriad environmental crises.

Climate change is pretty scary. The continued destruction of our soils and waterways sure is not comforting. Doomsday certainly is happening right now, as species are being driven extinct at a rapid clip, and economies continue to grow and destroy ever-greater portions of the natural world. No joke, this is serious stuff.

A recent book (The West Without Water by B. Lynn Ingram & Frances Malamud-Roam) makes it even more real for people like me who live in California. In the book, Ingram and Roam utilize the most modern climate science to determine California’s prospects for the future. Weather events of the past 200 years in California, it turns out, were anomalous in many respects: on the whole, they were wetter and more consistent—with less droughts and floods—than the rest of the “interglacial” period (i.e. the historical period since North America was last covered in glaciers, about 11,000 years ago).

Even with this 200-year period having a relatively mild climate, there was a major flood in 1861-62 that affected every major population center of the time. How extreme was the flood? One quarter of all cattle (800,000 head) were drowned. One third of the state’s property was destroyed. The Governor had to row himself, out of his third story window, to the Capitol. The economy of the state was left in shambles. The book’s point: we’ve created an at-risk major civilization in an area prone to extreme weather.

The book speaks of floods, droughts, climate and related infrastructure as aspects of our everyday lives that we don’t regularly think about, but that are in fact extremely endangering. With climate change, this precariousness is only getting worse!

Of course, effects of climate catastrophes, like other environmental issues, are uneven, and differential in their impacts. Impacts vary geographically (e.g. the flooded Central Valley versus the less-damaged coast), but also based on social and economic class position. This goes for individuals: can you move quickly and stay dry and fed in a storm or flood scenario? That’s much less likely if you’re poor, than if you’re rich. It also goes for whole regions: scientific projections predict climate change-driven damaging effects will affect the rich (mostly temperate-zone) countries less than the mostly poorer countries of the tropics, due in part to climatic differences but also resources available to mitigate and adapt.

So, I no longer think we shouldn’t give people information that we are fucking the planet. We are, it’s a fact. But what do we do with this information? Where do we lead people (or ourselves) with it?

Bad news isn’t inherently disempowering. But it helps to get hints on what can be done about it. And it’s imperative to remember that not all disasters—and not all disaster victims—are equal.

When we reference catastrophe(s), we must propose solutions that can be pursued at multiple scales: by individuals, communities, and nations—at whichever scale the problem operates. Our rhetoric should reflect doable actions, and transformative, global solutions. For example, in the case of climate change: your personal “carbon footprint” can help ID courses of action (like riding a bike instead of driving, or cutting down on red meat consumption), but in the absence of larger movements at other scales these individual actions are pretty ineffectual.

Also, when we discuss catastrophes, we should be clear in our discussions of who feels and doesn’t feel their impact. We need to make clear that the “global environment” is a relevant conceptual category, but struggles to transform human impacts on the environment, and to reduce the injustices wrought by these impacts, are and will continue to be based in local and regional areas.

The indigenous tribes and allies fighting the Tar Sands pipelines in Canada are on the frontlines fighting climate change, and defending their rights and territory. This is concrete antagonism to catastrophe, and must be supported. Traditional fisher people all over the world (predominately in the Majority world) are fighting off the incursions of large-scale ecologically destructive fishing; these again are concrete struggles to support.

So now, I’m OK with catastrophic rhetoric. I just want to know, when hearing it, what comes next from the realization that catastrophe is imminent? What concretely can we do? Who is on the frontlines, staving off catastrophe, that we can support?