Lacto-fermentation:  Lactic-acid bacteria thrive in an anaerobic environment and when food is involved they will ferment it into the most beautiful salty textures and flavors. It is supremely good for the gut, which is a solid basis for whole body health – from irritable bowel syndrome, dermatitis, curing anal fissures (common ailment women suffer, perhaps also why she won’t let you in the back door) to fixing your resting bitch face.  It’s also a preserving method, keeping your foods going for much longer.  A quick rinse and you can cook ‘em up or eat ‘em raw to get all the microbial muti.[1]

So here is a batch of purple carrots pre-ferment.  The whole-r you keep them, the easier it is to keep ‘em closer to their “raw” state if you want to cook them out of season – a superpowered preservation.  Whether you chop it big or chop it small, 1% of the weight needs to be salt and the rest clean water, not tap water, not chlorinated water, not funky water.  Sweet water is even better (here in the Cape, the water that the mountains sponge up seeps and weeps out as sweet waters).  Submerge your food: the whole process must be anaerobic.  A good idea is to spice the water; I used fennel seed, cloves, cinnamon, and a sizeable block of hashish.

A word on fartichokes:  Topinambur / Jerusalem Artichokes / Sunchokes (Helianthus tuberosus if you speak Latin) is a fucking great vegetable except it leaves you very gassy. Superbly so if you eat a lot of them because, lets be honest, they are texturally and flavourally perfect.  So I fermented them too because that would probably fix the fartichoke and turn it into an artichoke.

Kak pretty, look!  Purple carrots turn orange and made the sunchokes pink.  I rinsed them well and roasted them, served with mint and a squeeze of lemon (both of which are apocappropriate and grow free down this end).  Gas-free!

The hashish went in hard and dry and after 4 weeks of fermentation, came out bubbly and caramel soft, like honeycomb toffee that does not set hard.  I could not take a photo because in this pre-Apocalypse it is illegal and anyway our whole Apocalypse Pantry steez is futuramic fiction so just let the seductive description convince you. It has been about an hour and a half and there is a definite fuzziness but I would imagine the lacto-fermentation might lessen the psychoactive superpowers.  Feels great though.

Also, let’s say the main reason I could not take a photo was because I just ate it. 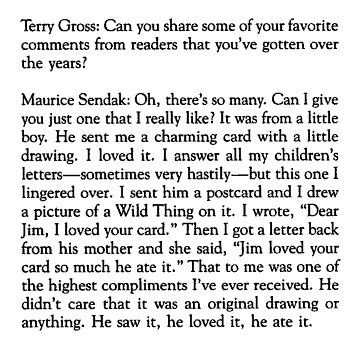 A Recipe Ode to Facto-Fermented Hashish

Edible plants you want to ferment

Spices, if you want

-After growing the Cannabis and harvesting, gently run the stalks and buds (whole plant basically) through a silk screen onto a smooth surface you can easily collect the soon-to-be hash dust from. Be gentle.

-Watch this video to see the method of making hash.  You could also let it sit in a goats stomach buried underground for a season but you may be subject to white mold.

-Chop your plants into pieces that easily fit into a jar, weigh them out.

-Add 1% of this weight in salt to the jar with the plants.  If you don’t have a scale you want it to be just a bit saltier than you would normally have.  Too little and you’ve opened your mini-environment to all sorts of other bacteria’s coming to play.

-Add the hashish and any spices you want.

-Seal jar tight and put into a bowl to catch the seeping brine as the CO2 begins to fluctuate the water levels.

-Let it sit for at least 4 weeks unopened, out of direct light.

[1] Muti (or muthi) is medicine, usually traditional medicine, so it can be food, actual medicine or spiritual healing medicine.  “Microbial muti” is the microbiota found in fermented foods that enliven our guts and thus bodies (and thus better enable us to plug into collective consciousness); so eating the ferments raw give you greater benefit to the microbial muti as opposed to cooking.